I want to take a moment to compare two recent stories that involve the Utah Police. Pay attention how differently the similar situations ended!! 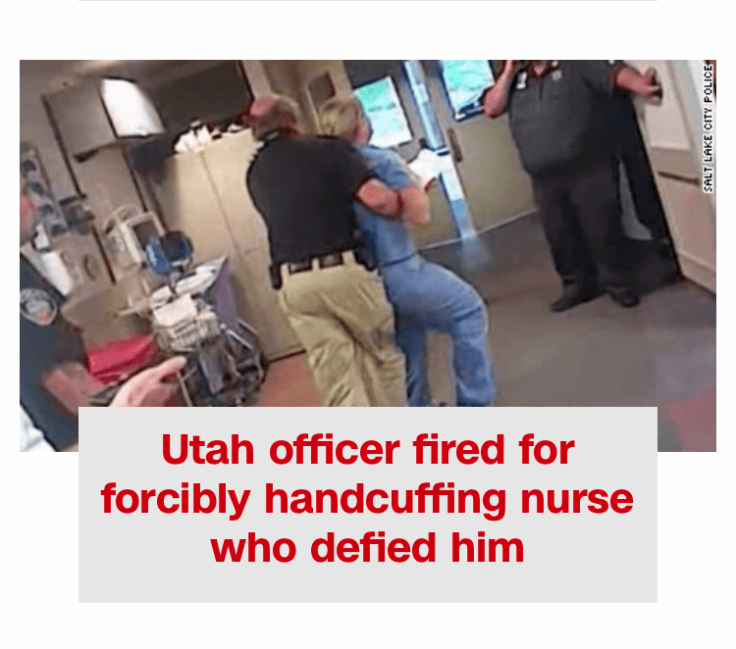 Alex Wubbles is a white nurse at a hospital in Salt Lake City, Utah. A detective by the name of Jeff Payne manhandles this nurse because she defies his orders. She is screaming and is trying to get away while the detective is trying to handcuff her.

Within 48 hours of the video surfacing Jeff Payne is no longer employed, he was FIRED James Tracy, his Watch Commander, was demoted two ranks from Lieutenant to Officer.

Their boss said their actions had undermined public trust.

“Police say they stopped Patrick Harmon, 50, on State Street near downtown Salt Lake City because he was riding his bicycle erratically and did not have a red rear light. After finding that Harmon had multiple open arrest warrants, including one stemming from a felony aggravated assault charge, the officers informed Harmon that he was under arrest. That is when he ran, according to a police body-camera video.” Harmon turned around and started to run when he was shot in the back! I SAID HE WAS SHOT IN THE BACK! The officer said he was “in fear for his life” because the suspect had a knife… As of right now the officer is on “modified duty” but this killing was deemed justified by the Utah police department.

White women defies officers orders, she is “manhandled” while being cuffed- officer FIRED

and this is why we take a knee.

2 thoughts on “Why We Protest!”

The protest has nothing to do with the flag

The discrimination and mistreatment of minorities in this country is disturbing, and the fact that so many people can turn a blind eye to it is even more disturbing